Headlines in the News

HEADLINES
about Mitzi's Work in the Arizona House of Representatives 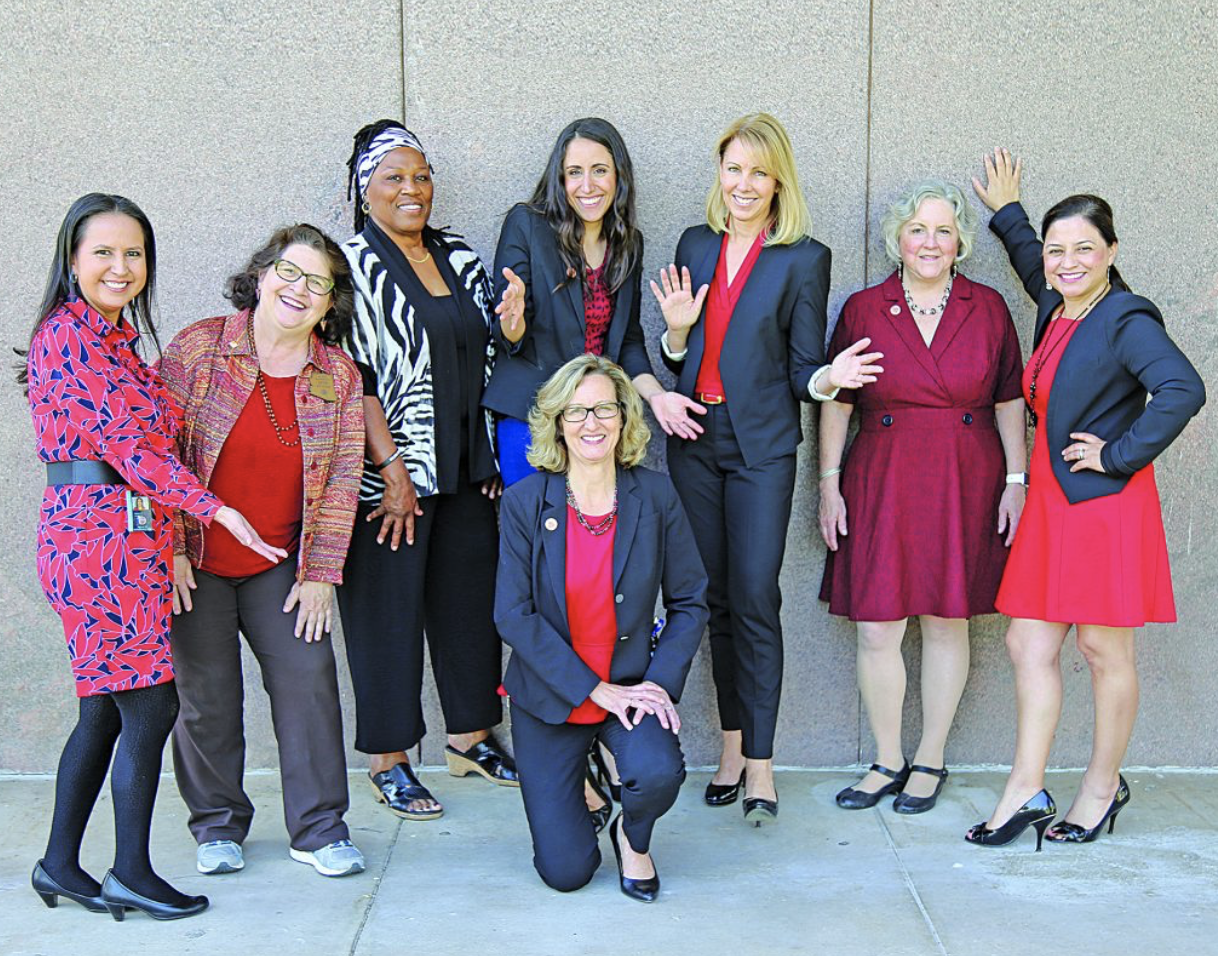 "It is in sharp contrast to the attitude of freshmen in previous legislative sessions that have typically spent their first year or two listening and learning, said Minority Leader Rebecca Rios, D-Phoenix.

“This is a really intelligent, assertive group of freshmen,” Rios said.

The new legislators in the 2017-2018 class of the House Representatives got a nickname, "The Feisty Freshmen."   This group of Democratic women broke the usual mold of sitting down and waiting.   Instead,  these leaders spoke up and took action!

"...However, despite being criticized by their Republican colleagues for what some see as antics on the floor, and despite efforts to prevent them from speaking up, the women said they won’t be stopped.

“Being quelled is just the best reason to speak up more,” Epstein said. “I always think in terms of I’m here to represent other people. So when somebody else tells me hush. What?!  You’re telling the 250,000 people I represent to hush? No.”

Democratic lawmakers have long accepted that as the minority party, their bills typically won’t get a hearing in the Republican-controlled Legislature. After years of being bashed over the head with that notion, many have learned to “play the game,” and fall in line with the long-held traditions of the chamber.

But the freshmen Democrats have challenged the status quo these past two sessions. They stand by their convictions and values and won’t let other members roll them over. ... "

The state House voted 35-25 Wednesday to give you a tax break when you sell those items.

But how much you will pocket depends, quite frankly, on how much you make. And the 183 richest Arizonans — those making more than $5 million a year — will each walk away with an average of an extra $27,000.

At issue are capital gains. That’s the difference between what people pay for an investment against what they make when it is sold.

By state law, the profits on anything held for less than a year are taxed as regular income. But long-term gains — investments held for more than a year — are subject to a 25 percent discount when computing state income taxes.

What the House approved Wednesday as HB 2528 would increase that deduction, in steps, to 50 percent.

Rep. Mitzi Epstein, D-Tempe, said the change makes sense for seniors on fixed incomes who are depending on their investments “to live into their old age.” And if the legislation were limited to that, she said she would support it.

But Epstein cited a report by legislative budget analysts which shows that the change, once fully implemented, will cut state revenues by $23 million a year. That, she said, is money that should be used for other state needs, like hiking teacher pay.

So she proposed applying the proposal only to those who are at least 65 years old and have income of less than $75,000 a year.

That did not sit well with House Speaker J.D. Mesnard, R-Chandler, who wants the higher deduction  ...  " 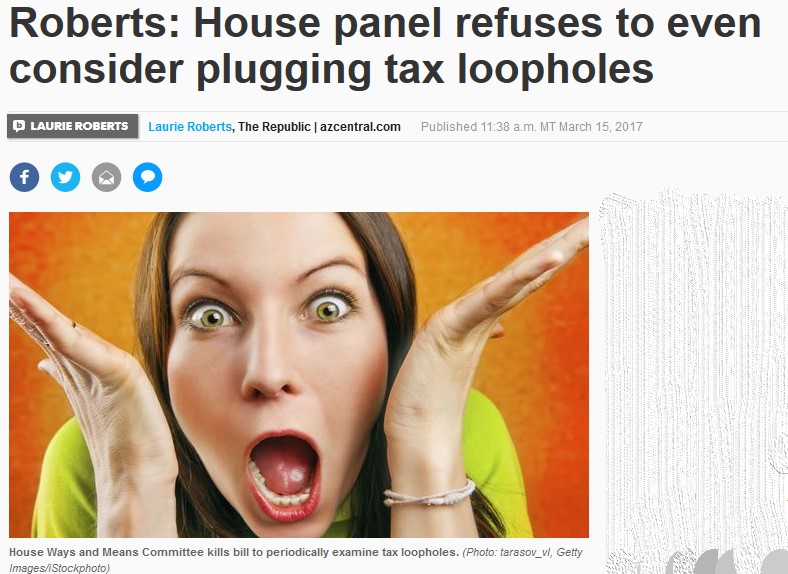 "Credit to the legislators who voted for Senate Bill 1144: Republican Rep. Michelle Ugenti-Rita and Democratic Reps. Reginald Bolding of Phoenix, Mark Cardenas of Phoenix and Mitzi Epstein of Tempe."

Excerpt:
"Senate Bill 1144 would have required a joint legislative committee to review sales tax exemptions every 10 years and report their recommendations to legislative leaders. It would then have been up to the Legislature to decide whether to kill an exemption.

Apparently, the idea of even considering whether to take away some gimmies from special interests posed enough of a threat to some of our leaders.

Boos all around to Republican Reps. Anthony Kern of Glendale; Jay Lawrence of Scottsdale; Kevin Payne of Peoria; Jeff Weninger of Chandler, and Vince Leach of Tucson, who voted to kill the bill.

I’m quite sure that Southwest Gas is pleased. We tax 3-inch pipes but not the 4-inch ones used by Southwest Gas and certain other companies.

Same with ASU and UA. We don’t tax tickets to college football games."